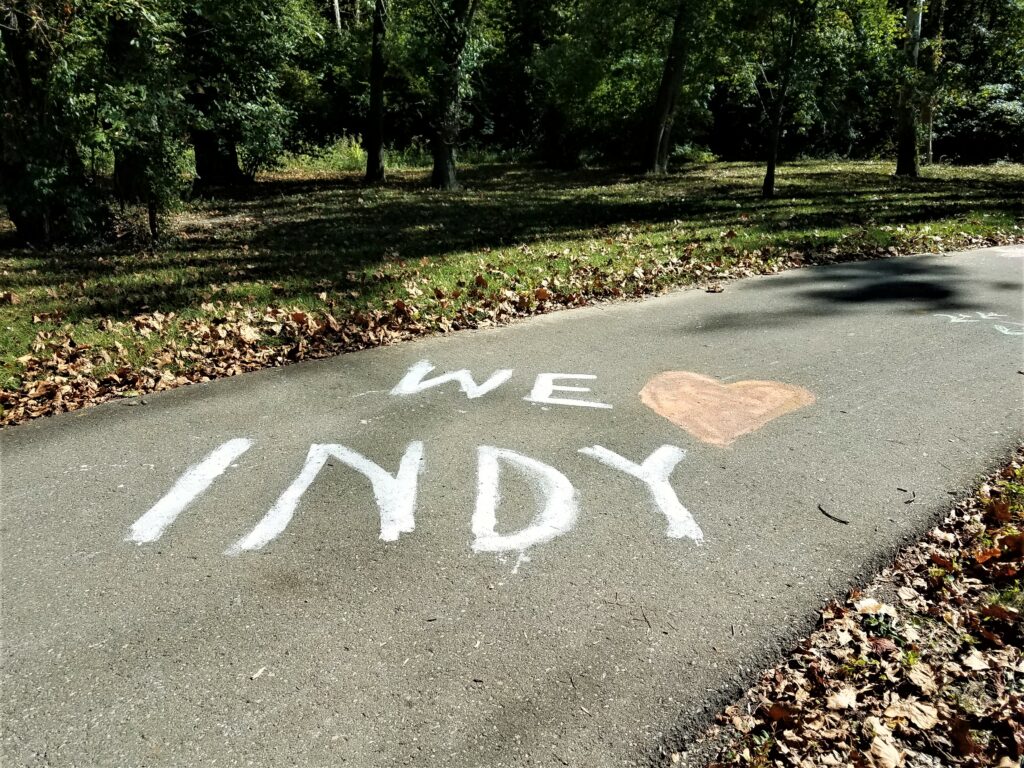 Our organization was started in 2009 by a small group of Millersville residents who cared about their extended neighborhood and, frankly, were concerned. They saw that, while the suburbs were growing, we had empty storefronts and a deteriorating commercial core, there were environmental issues like flooding and erosion along Fall Creek, and we had a lack of pedestrian connectivity. All challenges that, if not turned around, could cause our neighborhoods to deteriorate, too.

Their idea was to get leaders across our many neighborhoods, businesses and other institutions to work together to make our voices heard by city government and others who could help. It was going to take a lot of people pitching in but they were determined to try to attract new businesses, build on our assets, promote awareness of and pride in the community as a whole, and revitalize it. They organized a community meeting and people started talking, throwing out ideas for projects and committees, and volunteering. 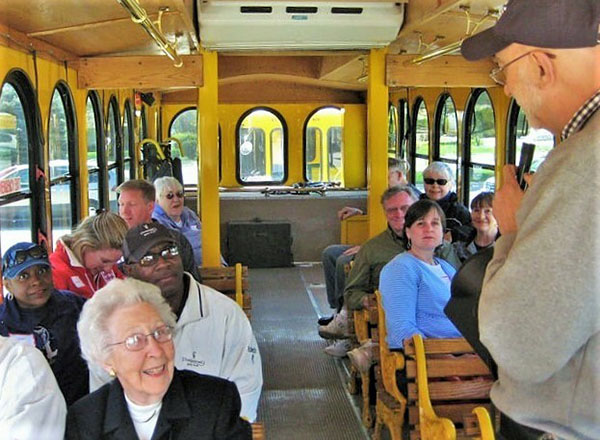 Our volunteer board was created and they started working on a master plan to protect our community’s strengths and guide future development, with recognized goals that the city and funding organizations would recognize and support. We worked with the Indianapolis Division of Planning on this over the next two years.

A few committees also formed and one group immediately started on Millersville Beautification, with volunteers planting trees all around the Village, teaming up with Keep Indianapolis Beautiful.

Another group couldn’t wait to help people discover the unique features of our community and its amazing history. With a grant from the Indianapolis Neighborhood Resource Center in 2010, residents toured our neighborhoods by trolley, got to know each other, and learned about the treasures of Millersville. 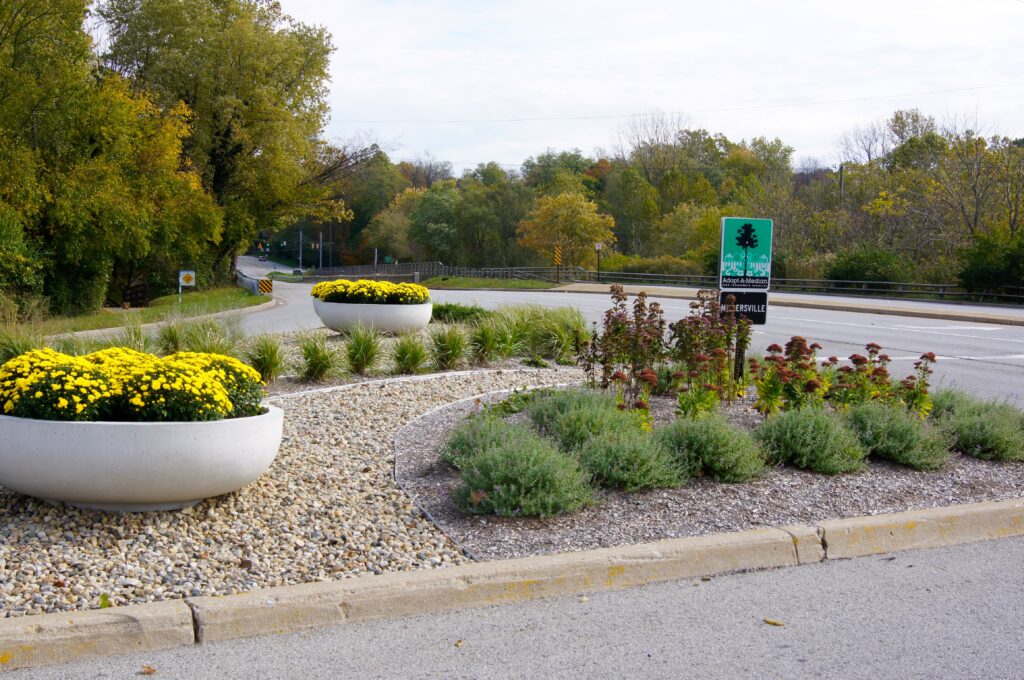 After that, we set our sights on fixing up two huge, crumbling-concrete lane dividers at key Village intersections. It took about two years of trying to get approvals and support, but persistence paid off in 2011 when permits and partnerships came through for this major project. With Indy’s Department of Public Works and grants from Keep Indianapolis Beautiful, we converted ugly medians into awesome, flowering Gateway Gardens.

And, soon after that, with more grants, awards and volunteers, we started working on a community pocket park. 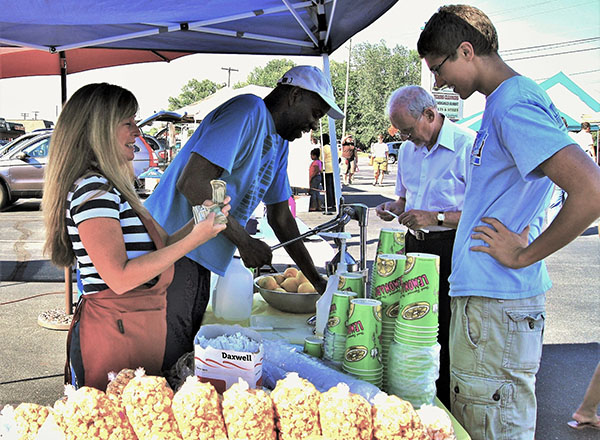 For a few years running, volunteers organized outdoor summer symphonic band concerts and a recurring Café Market social with live music and food vendors. Both events created gathering spots for the residents of our many neighborhoods.

Smaller groups started meeting to bike and walk our beautiful stretch of the Fall Creek Trail as part of an initiative focused on getting neighbors together for fitness and fun while enjoying nature.

More volunteers offered to help with projects supporting our community schools. From working in the classroom or at special events and speaking at Career Day, to providing teacher appreciation gifts and hosting learning and service programs for students, we have found many ways to connect with Millersville students and educators. 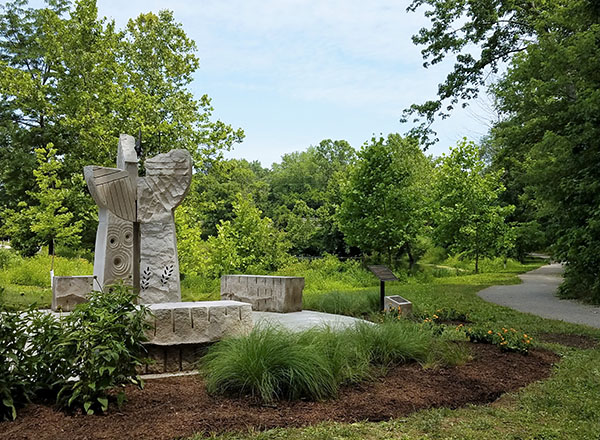 In 2012, the city approved Millersville’s Village and Corridor Plan. Two years of study and formal planning paid off, as it became an invaluable guide for anyone making a decision about the use of property within the area. It addressed our biggest needs and, by 2015, we had a new Walmart Neighborhood Market, a new sidewalk along 56th Street and a Fall Creek Trail extension to Fort Benjamin Harrison State Park.

2012 also marked the start of four years of amazing work, with loads of help, on our biggest project yet. We created the award-winning Millersville at Fall Creek Preserve – a community park along the Fall Creek Greenway with trail and creek access, a fishing pond and a rest-stop plaza with a custom sculpture reminiscent of our history as a mill town. We organized a party in the park for its dedication and recognition of our many supporters and partners in 2016. 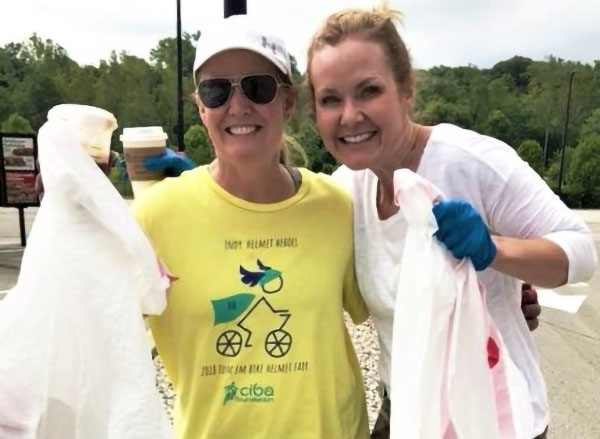 Over the years, fighting litter has been a constant battle and it became a major extension of our beautification efforts. We participated in the annual Great Indy Cleanup here in Millersville, and volunteers often chipped away at the litter problem with smaller cleanups. In 2017, we launched a focused anti-litter campaign which led to, among other programs, fun monthly Quick-Hitter Litter Cleanups in additional to an annual “big” cleanup.

From 2016 to 2018, several new restaurants and shops opened which filled in space adjacent to our Walmart grocery. We have advocated for businesses that add value to the community and encouraged businesses and property managers to beautify and thoughtfully maintain their properties. In recent years, we have developed even stronger ties to our Millersville Village businesses. 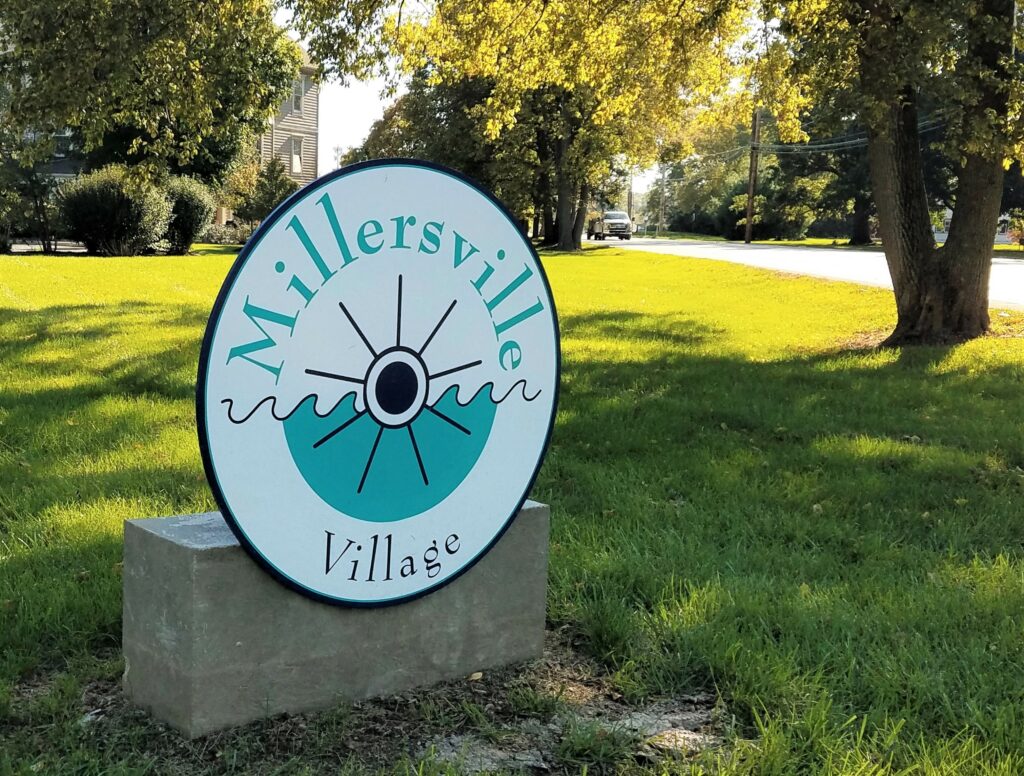 We have typically hosted an open community meeting annually in late winter or early spring. And a fall 2018 community meeting brought fresh “visioning” for priorities and new ideas about what else we could work on together.

Since then we have been working on creating a stronger sense of place and Millersville identity through improved communications and community signage, installed in 2021.

Other areas identified to work on were increasing our outreach to neighborhoods and bolstering volunteer recruitment and recognition. 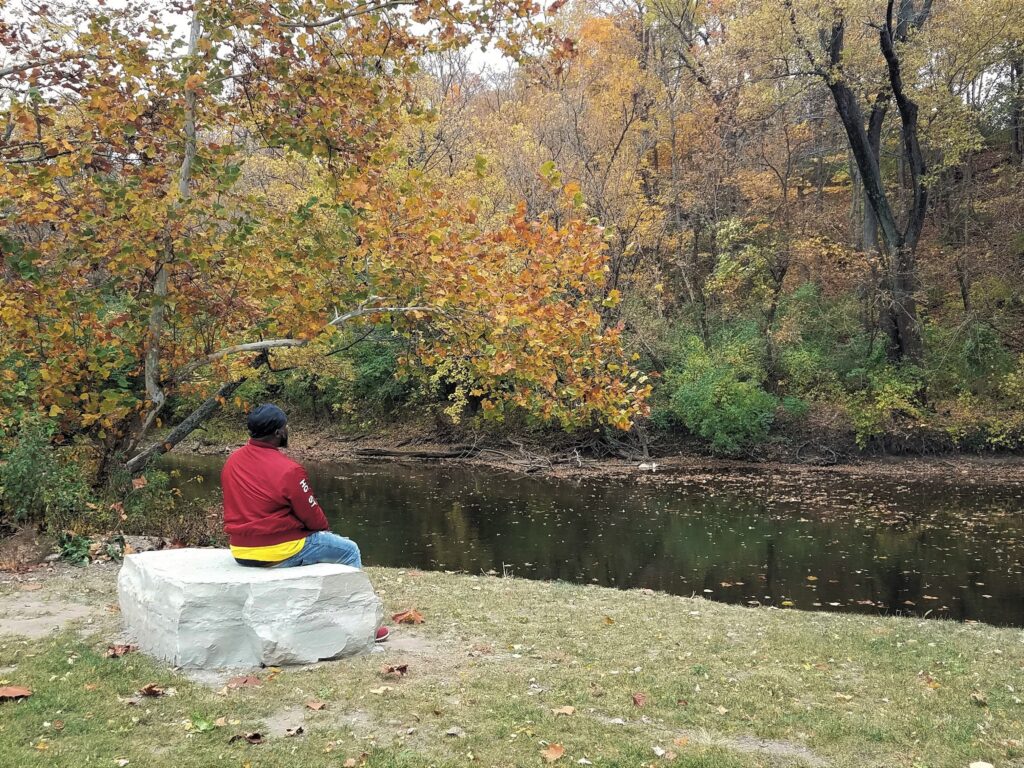 In 2022, in addition to our amazing volunteers kicking it up a notch to fight litter, and tending plantings in the Preserve and our more-beautiful-than-ever street-median Gateway Gardens, we completed a major new project.

We created the Millersville Fall Creek Overlook, just off the Fall Creek Trail, a bit south of our Preserve. The creek is mostly hidden by thick vegetation along the trail, so we picked a prime spot and pulled back the curtain on a remarkable scenic view. Complete with new grass, wildflowers and seating, it provides Millersville residents and visitors a rare and easy connection to water views and all our creek valley’s amazing natural beauty.